I am a bilingual Real Estate agent that was born in Taiwan and my family moved to New York when I was at the age of 13. Being able to help others to find different homes for people searching home ,using bilingual Taiwanese Chinese language has been one of my biggest asset.

New York city has 40 different languages and dialects spoken in this metro area. You could not walk around Manhattan without hearing a foreign accent on the busy street or on Subways.

As a Taiwanese-Chinese Real Estate Agent in New York city, I learn majority of the spoken and written language while I was growing up in Taipei Taiwan. I was born in Taipei Taiwan (Republic of China) 臺灣, The main island of Taiwan, is known as Formosa (from Portuguese  Formosa, meaning “beautiful (island)”), is located in East Asia off the coast of China.

Majority of people in Taiwan speak both Standard Mandarin (officially recognized by the Republic Of China as the National Language) and Taiwanese Minnan (also known as “Taiwanese”; a variant of Min Nan spoken in Fujian province).

Mandarin is the primary language that is taught in schools, now many are embracing the old culture and speaking more and more Taiwanese, so there are radio and television stations broadcast in Taiwanese not Mandarin.

I SPEAK BOTH MANDARIN and very simple TAIWANESE, my grand-parents from my father side only speaks Taiwanese so I had to learn the language growing so to communicate with her.

When our family moved to New York when I was a 13 years old, going to English speaking American schools, I often want to speak English more than Chinese so that I can fit in with others in the school. I often not want to speak much of my own language in school because I was learning my way around how to speak like ‘an American girl’ with a proper accent. As an young girl, I wanted to be like everyone else in school. It was not an easy process especially now in a new environment and trying to make new friends without knowing the language can sometimes be very scary.

I learn my English through ESL classes (English as Second Language class) with many other students in the school who also speak another language at home. There were many different nationality students in the class, Chinese, Korean, Greek, Indian, Ecuadorian and others, we enjoy our English learning process. Even though English was not our first language and most of us excelled in other subjects in the school.

Although my family have always remind me not to forget Chinese language as one day it will be very useful for me. Here is a glamour photo of me when I was perhaps around 7-8 years old. 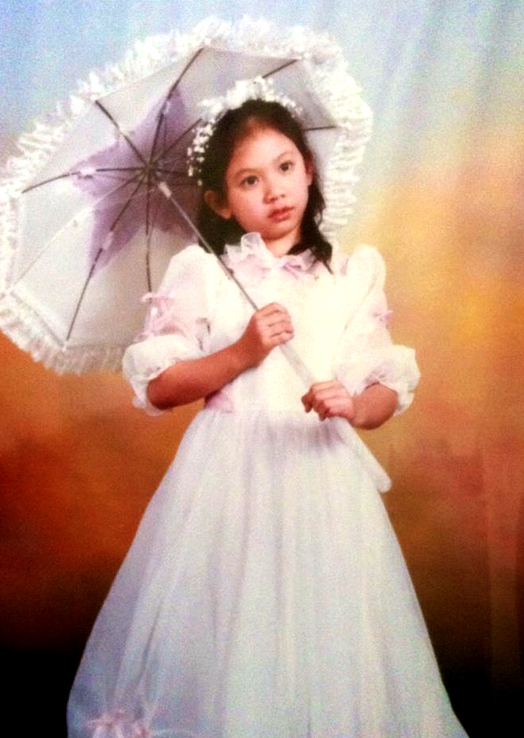 Fast forward, decades later, Chinese is now one of the most highly desired language among job hunting field and many parents we see are sending their children to Chinese language schools so young children can learn Chinese.  Chinese is one of the harder language to learn later on in years, I was lucky that it is my native language.

Being a Chinese Mandarin Speaking Real Estate Agent in New York, I have been able to helped many buyers who does not speak English to find the condo and investments they are looking for, and working with many sellers and buyers who also share the same culture heritage. I have been servicing oversea investors that speaks Chinese and connecting sellers who would like to sell their property to oversea investors using my language and culture connection.

If you are a buyer looking to work with a bilingual speaking and experienced agent, we would love to hear from you.請您來電給我們(646)644-2929。以我們豐富的交易經驗提供您最完美最完善的服務。you can email us: https://chinesespeakingagent.com/contact/

If you are a serious seller that would like to have your property showcase to our oversea buyer connection. Please contact us now at (646)644-6929.